Download the working example demo code in java from my GIT repository –https://github.com/premaseem/designPatterns/tree/4bb9beca7bab5b5e71d02b76e4f1ad48fce4aca6/ZipDownloadableProjects

Code Example : Meal builder project examples gives the insight of builder pattern. Typically when we order a meal in lets say Mc Donald – they follow few processes before delivering the actual meal. On example a meal consists of a burger and a cold drink wrapped up in a packet. so input format and out come are same but product is different. Say some time its Veg burger, other times it is chicken burger.

Design Proverb :
A baby is born , however a body builder is created with correct diet and exercise. This the main difference between factory pattern and builder

When we have a complex object creation then we use builder creational design pattern. On high level it is combination of Factory and Template method design pattern. Factory does not have lot of logic or steps to follow while creation of an object, however builder does have. Builder pattern is used to construct a complex object step by step and the final step will return the object. The process of constructing an object should be generic so that it can be used to create different representations of the same object.

In builder pattern emphasis is on ‘step by step’. Builder pattern will have many number of small steps. Those every steps will have small units of logic enclosed in it. There will also be a sequence involved. It will start from step 1 and will go on upto step n and the final step is returning the object. In these steps, every step will add some value in construction of the object. That is you can imagine that the object grows stage by stage. Builder will return the object in last step. 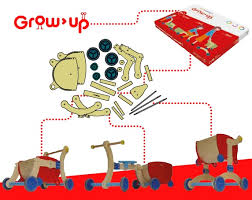 An application needs to create the elements of a complex aggregate. The specification for the aggregate exists on secondary storage and one of many representations needs to be built in primary storage.

Separate the algorithm for interpreting (i.e. reading and parsing) a stored persistence mechanism (e.g. RTF files) from the algorithm for building and representing one of many target products (e.g. ASCII, TeX, text widget). The focus/distinction is on creating complex aggregates.

The “director” invokes “builder” services as it interprets the external format. The “builder” creates part of the complex object each time it is called and maintains all intermediate state. When the product is finished, the client retrieves the result from the “builder”.

Affords finer control over the construction process. Unlike creational patterns that construct products in one shot, the Builder pattern constructs the product step by step under the control of the “director”.

The Builder pattern separates the construction of a complex object from its representation so that the same construction process can create different representations. This pattern is used by fast food restaurants to construct children’s meals. Children’s meals typically consist of a main item, a side item, a drink, and a toy (e.g., a hamburger, fries, Coke, and toy dinosaur). Note that there can be variation in the content of the children’s meal, but the construction process is the same. Whether a customer orders a hamburger, cheeseburger, or chicken, the process is the same. The employee at the counter directs the crew to assemble a main item, side item, and toy. These items are then placed in a bag. The drink is placed in a cup and remains outside of the bag. This same process is used at competing restaurants.

This site uses Akismet to reduce spam. Learn how your comment data is processed.